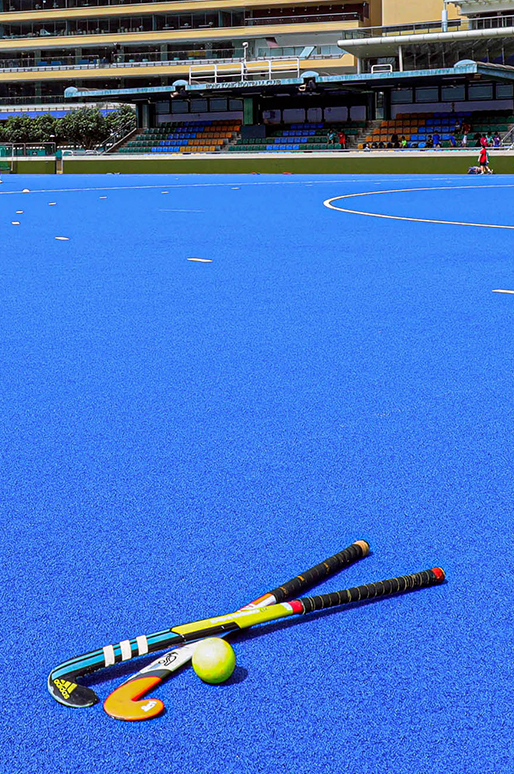 Field hockey is one of HKFC core sports and the Hockey Pitch is mainly used by the Club’s 16 men’s and women’s hockey teams for training and competitive league matches. Over a typical weekend, HKFC hosts teams from all over Hong Kong who compete in at least eight league hockey matches, providing access to the venue for hundreds of Hong Kong hockey players.

As well as being a training ground for Mini Hockey and Junior Hockey by children from 5 to 12 years old, the Hockey Pitch is also used for a wide range of training and tournaments by the Junior Soccer and Mini Rugby programmes and by local community groups for educational establishments and sports activities including soccer sessions for children and young people with special needs.

During the annual HKFC Rugby 10s and HKFC Soccer Sevens tournaments, this multi-purpose facility is transformed into Player and Fan Zones to add to the spectator experience.

Section members can book the Hockey Pitch by contacting the Sports Desk.